That is one thing that the Holy Bible makes completely clear. Creation is a living testimony to an all-powerful Creator. "For his invisible qualities are clearly seen from the world’s creation onward, because they are perceived by the things made, even his eternal power and Godship, so that they are inexcusable."-Romans 1:20

How do we know that God actually did create the world, though? Aren't many scientists convinced that there is no Creator, that we got here by chance? Well, let us reason. This is a very common reasoning point but effective: "Of course, every house is constructed by someone, but he that constructed all things is God." (Hebrews 3:4) Paul wrote those words in the First-Century to prove that there was an Almighty God. Today, we can use those same words in argument for creation. 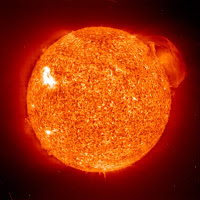 Yes, the Bible says that God created the heavens and everything in them. Is this true?

In astronomy, we find something called "Redshifts" and "Hubble's Law" which shows galaxies moving away from the earth at speeds proportional to their distance. This suggests that our universe is expanding outwards. Based on this expansion, scientists can reverse it and see when our universe started and the results are a little surprising. Evidently, based on the evidence, our universe just popped into existence suddenly from nowhere at all. We can see that our universe had a sudden beginning, not a gradual beginning, as supporters of the Big Band tell us.

In the book of Job, Jehovah is talking to Job and asks a few questions that are of interest to us. He asks, "Can you tie fast the bonds of the Kimah constellation, Or can you loosen the very cords of the Kesil constellation? Can you bring forth the Mazzaroth constellation in its appointed time? And as for the Ash constellation alongside its sons, can you conduct them? Have you come to know the statutes of the heavens, Or could you put its authority in the earth?" (Job 38:31-33) In these few statements, God is showing His understanding of the ways of the heavens. And, in turn, the writer (probably Moses) is showing that he knew about these things. And how? The fact of the matter is, he would have had no awareness of these things in that time period without being told them.

Although it can't be definitely proven, it is believed that the constellations mentioned in this verse is as followed. The "Kimah constellation" is today known as the Pleiades in Sirius. Some have guessed that Kesil is Orion. The identity of the Mazzaroth constellation is a really unknown. Some have thought it to be Saturn or the seven planets, the Hyades,
the Northern and Southern Crowns, and the constellation of the Southern Ship. Ash is thought to be the Great Bear.

When we look at constellations and galaxies and so forth, we see that they move together. Think of the galaxy that we live in. Our Milky Way is part of a much larger galaxy cluster. All of these galaxies, numbering over half a dozen, stay together in their relative positions as if they are "tied fast" with bonds or cords. As King David wrote in song: "The heavens declare the glory of God; the skies proclaim the work of his hands." (Psalm 19:1, New International Version) Look at this beautiful statement made by God. "Lift up your eyes on high and see who has created these stars. The One who leads forth their host by number, He calls them all by name; because of the greatness of His might and the strength of His power, not one of them is missing."-Isaiah 40:26, New American Standard Bible

The Earth
Now, we are only briefly touching on each of these subjects but another thing that is of interest is our earth. Look at what the Bible says about the creation of our earth. "Jehovah possessed me in the beginning of his way, Before his works of old. I was set up from everlasting, from the beginning, Before the earth was. When there were no depths, I was brought forth, When there were no fountains abounding with water. Before the mountains were settled, Before the hills was I brought forth; While as yet he had not made the earth, nor the fields, Nor the beginning of the dust of the world. When he established the heavens, I was there: When he set a circle upon the face of the deep, When he made firm the skies above, When the fountains of the deep became strong, When he gave to the sea its bound, That the waters should not transgress his commandment, When he marked out the foundations of the earth."-Proverbs 8:22-29, American Standard Version 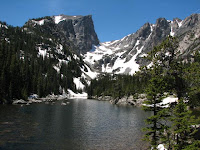 One thing that stands out in these Scriptures is this statement: "When he set a circle upon the face of the deep, When he made firm the skies above." (Verses 27-28) Science has proved that at one time the crust of the earth was formed and then the atmosphere came later, just like these verses claim. At one time the earth was covered in water completely and then land began to appear, just like verse 29 says. Most interestingly, verses 26-29 show the exact order which scientists say that the earth was formed. Crust, atmosphere, water, land. The Bible knew that many centuries before our modern-day and attributed it to God.

Think about the animals. They follow instincts. They all do the same things according to their kind. None of them have to be taught. Birds of the same species all fly to the same place, even if it is their first time. How do they know exactly what to do? God put that in their minds to follow it. All the other animals have these types of instincts, too.

Humans have something very special about them, too. What is it? Almost everything about them! Their brain, heart, lungs, liver, and eyes to name a few. The one thing that we want to talk about are our cells. In our body, our cells are constantly regenerating themselves. In fact, every seven years, we have a brand new, healthy set of cells. This goes with what Jehovah said to Adam and Ever, "From every tree of the garden you may eat to satisfaction. But as for the tree of the knowledge of good and bad you must not eat from it, for in the day you eat from it you will positively die."-Genesis 2:16-17 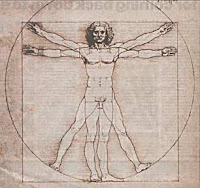 We were originally intended to live forever. And to do that, Jehovah had to make it possible for our bodies to renew themselves, so He did. Researchers K.L. Spalding, R.D. Bhardwaj, B.A. Buchholz, H. Druid, and J. Frisen wrote a paper where it was proven that the age of specific human tissues and cell types when compared to the age of the person in question that most cell and tissue types in the human body are much younger than the person in which they are found.

Another thing that scientists have learned is that in a human lifetime, only about 1/1000 of 1% of the brain is used. They know that it would take over 100,000,000,000 years for the entire brain to be used to full capacity. Surely, this is proof that God wanted us to live forever. So wonderful is the human brain, that compared to a computer, the computer resembles a mentally-challenged ant! Jehovah sure did do a good job.

Surely, God is worthy of our praise. Yes, even the tiniest butterfly and the largest elephant praise God in some way. We all owe our creation to the Father. Creation proves that. That is why the heavenly chorus of angels said to Jehovah, "You are worthy, Jehovah, even our God, to receive the glory and the honor and the power, because you created all things, and because of your will they existed and were created."-Revelation 4:11
Posted by Me at 8:30 AM